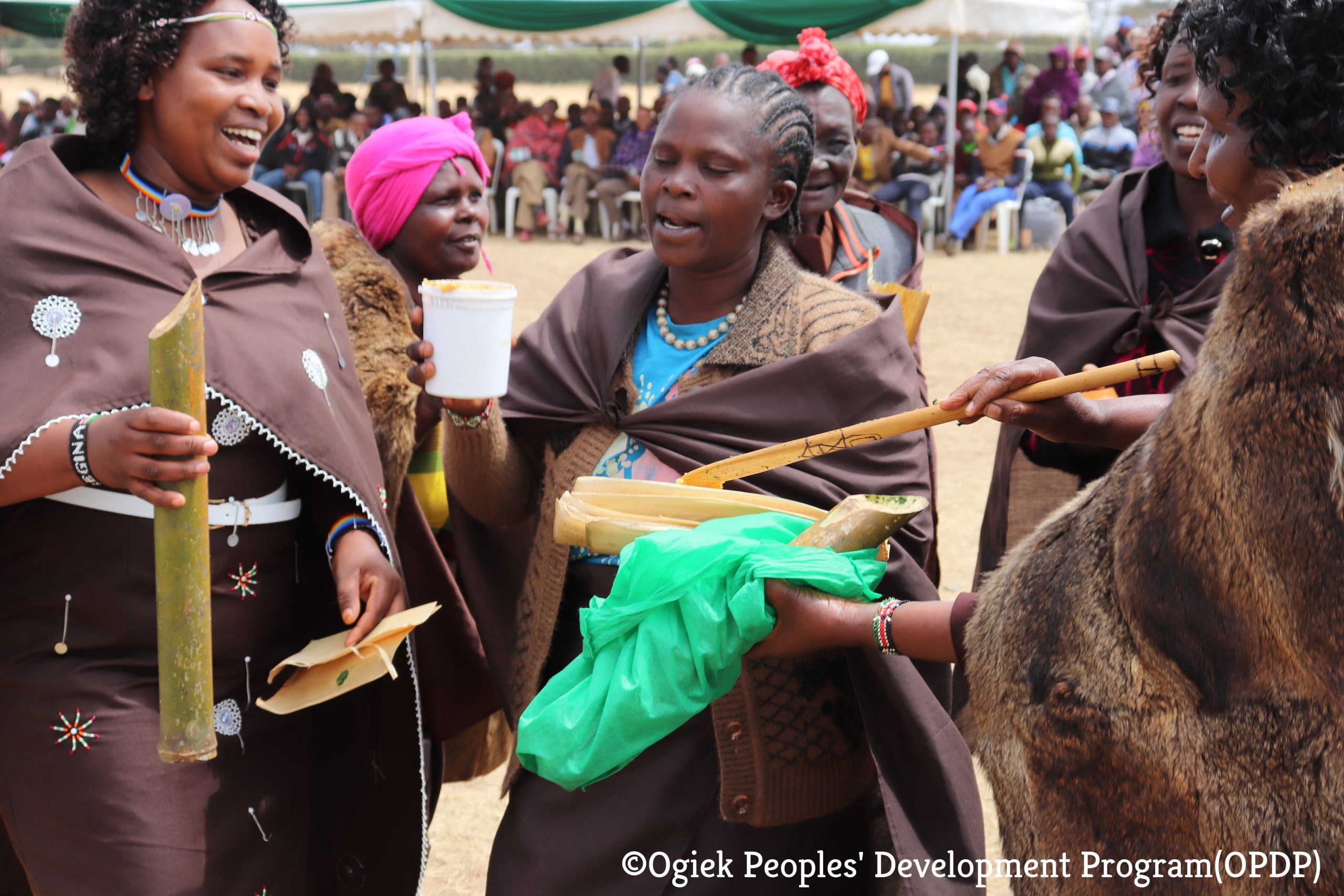 For the first time, members of Ogiek community participated in commemorating this year’s International National Museums Day at the Hyrax Museum Hill in Nakuru, Kenya.

The May 17,2019 event, selected 17 Ogiek were given the opportunity to exhibit the cultural artifacts including tools they used for hunting such as kotyek(arrows) and beekeeping namely mwenget(beehive), motoget(honeybag) and gesungut(honeystore).

They were among seven communities that showcased their artifacts and performed cultural songs sensitizing the more than 3,000 attendants including pupils of the culture, traditions and customs of the Ogiek. Other communities were Sudanese, Indians, Kikuyu, Kalenjin, Luhya and Kisii

This year’s celebration was themed ‘Museums as Cultural Hubs and the Traditions of the Future’ and Ogiek’s participation intended to create awareness of the existence of the indigenous community and the richness of its culture that can be reserved for learning within and outside the education system.

Ms Lilian Amwanda, curator at Hyrax Museum said the Ogiek have a unique culture that would be preserved at the museums and be accessible to Kenyans and non-Kenyans.

“Having Ogiek tools reflecting their culture at the museum would be one way of creating awareness of Ogiek as an indigenous community,” said Ms Amwanda while indicating a possibility of having Ogiek’s history and way of life preserved for exhibition at the museum.

Mr Daniel Kobei, Executive Director at Ogiek Peoples’ Development Program(OPDP) expressed gratitude for the inclusion of the Ogiek in the celebration adding that they look forward to more collaborations with the National Museums of Kenya.

He identified the event as integral to promoting appreciation of Kenya’s rich cultural diversity and recognition of cultures of indigenous communities in the country.

Mr Simon Konana, an Ogiek elder led in exhibiting the cultural artifacts. He was excited to engage with pupils who were amazed to see the Ogiek in their traditional regalia(injoruboit)

They were inquisitive of who the Ogiek are, where they lived, what they ate and how they used the tools they had displayed.

He said they would consider having their traditional relics at the museum as a way of establishing a long-term means of passing information about the community through generations.