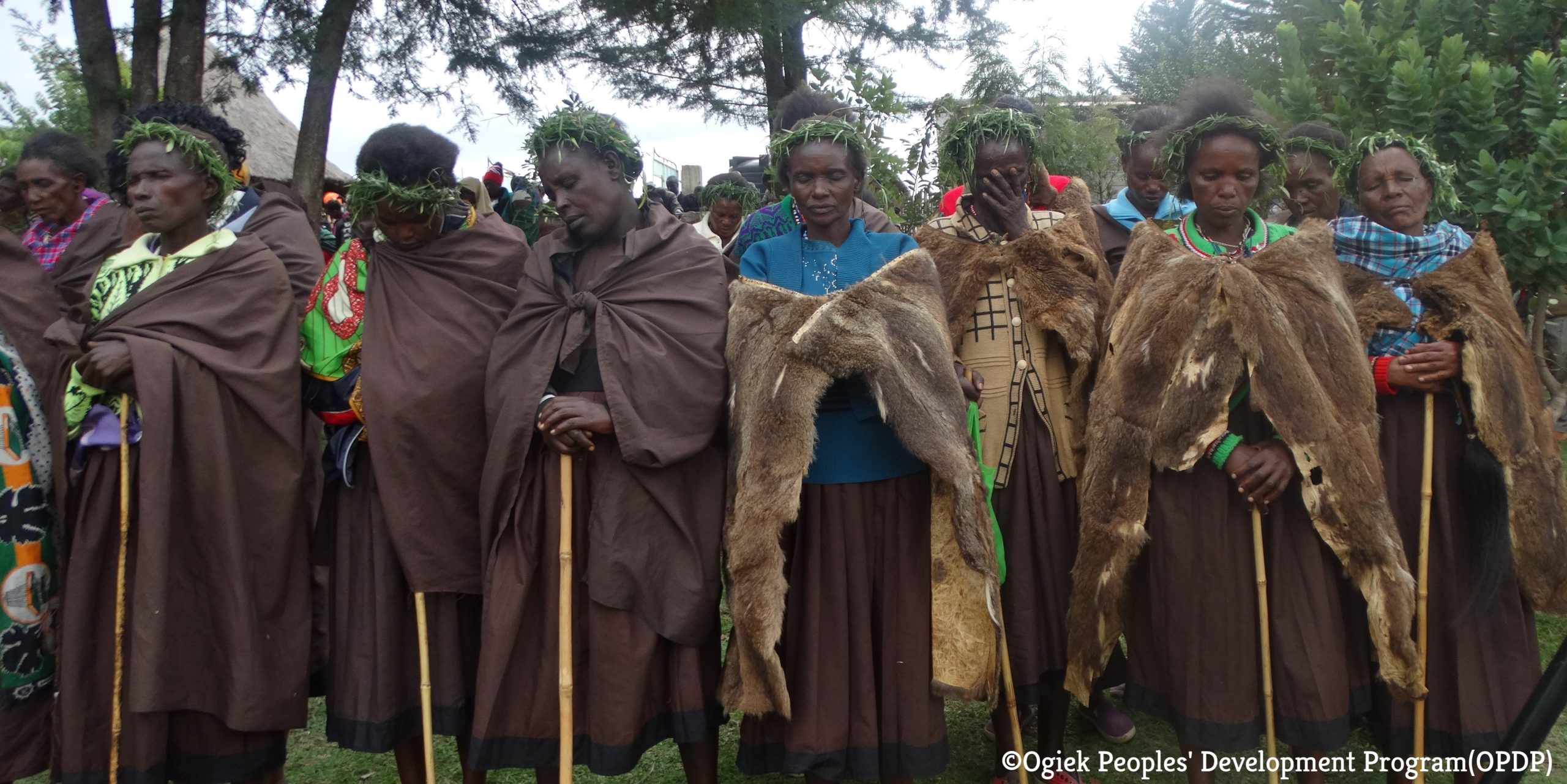 On May 26,2019, Ogiek celebrated 2nd Anniversary of their historic win of land rights case against Government of Kenya at the African Court on Human and Peoples’ Rights (the Court) in Arusha, Tanzania.

The ruling made on May 26,2017 pronounced their rights to their ancestral land in Mau and affirmed their indigeneity whose identity should be recognized by the State.

The anniversary observed at Ogiek Community Guesthouse and Cultural grounds in Mariashoni, Njoro sub-county, Nakuru County in Kenya was marked with prayers calling out for Gods’ intervention in implementation of the Court’s decision; planting of indigenous trees reflecting the innate nature of Ogiek to conserve forests; cultural performances and speeches from representatives of Ogiek leadership, youth and women.

More than 150 people participated in the commemoration purposed to remind the community of their much-needed unity and firmness in defending their rights as well as evaluate the steps taken by the government towards honoring the Court’s decision.

The first Taskforce appointed in November,2017 ended its 6-month term in April,2018 without an interim report due to financial limitations. Again, the government is yet to allocate any funds to the second Taskforce headed by Dr. Robert Kibugi to accomplish its mission. The Dr. Kibugi’s team has been in office since November, 2018.It’s initial term ended in April,2019 and was extended for a further six months to Oct.24, 2019.The team is depending on development partners to undertake its mandate.

It is the community’s concern over the government’s non-prioritization of their resettlement in their ancestral homes.

“The government is dilly dallying while our people continue to suffer. It is our plea that they quicken the process so that our problems come to an end,” said Ms Sarah Osas, an Ogiek women leader.

Mr Patrick Kuresoi, who has survived lethal evictions from Ngongongeri area in Ndoswa within Molo sub-county in Nakuru County, emphasized the importance of celebrating the day as it was a reminder of the community’s resilience in the struggle for their land and human rights.

“It was a long journey but here we are. We won the case and we must remain united to pursue justice to the end,” he noted.

On his part, Mr Daniel Kobei, Executive Director at OPDP thanked the community members for attending the celebration.

“May 26 will forever remain an Ogiek Day and the community should make it a habit to commemorate it on their own capacity”, affirmed Mr Kobei.

“This is a day that marks our success after many years of walking on the corridors of justice. In all the years to come, the Ogiek should avail themselves in large numbers to celebrate this day,” he told the community.

For 20 years, Ogiek litigated to claim land and human rights both in Kenyan courts and at the African Commission on Human and Peoples’ Rights (the Commission) and the Court.

The community spent 12 years seeking justice at the local courts but their efforts were fruitless hence their move to the regional mechanisms to seek legal redress. It is in 2009 that the community first sought intervention of the Commission after the government through Kenya Forest Service (KFS) notified the forest dwellers to leave the forest within 14 days. The community was finally ejected despite the Commission giving provisional measures stopping the State from removing them and as such caused grievous damage to their property and infringed on their property, culture, development, religion and natural resources rights.

In making the ruling, the judges expressly stated that the government violated these rights and so will have to compensate them for the losses in form of reparations.

Mr Kobei urged the community to actively participate in public forums organized by the Taskforce looking into the Court’s decision and firmly give their positions on how they should be rewarded for the losses they incurred during the evictions.

Meanwhile, the community is engaged in conservation of sections of Mau Forest Complex mainly Kiptunga, Logoman and Mariashoni forest blocks in East Mau. For the past three years, the community through the facilitation of Ogiek Peoples’ Development Program (OPDP) and financial support from American Jewish World Service (AJWS), the community has planted at least 20,000 indigenous trees in 100 acres and protected more than 20,000 hectares from destruction by illegal loggers. At the community are 25 youth trained by OPDP on participatory management of forests and forest fire management and who continue to be crucial agents to ending loss of forest cover in the Mau.

Speaking at the celebration Joseph Lesingo, Chairman of the Kiptunga Community Forest Association (CFA) recognized the impact of the scouts who volunteer their time and resources towards protecting the forest as ‘contagious’.

This is because the community views them as environmental conservation champions and from whom they learn how to be active participants in management of natural resources, he said.

“The community must remain united in protecting and conserving Mau forest. We are proud of our scouts who are doing a tremendous job in curbing illegal activities inside the forest,” he said.