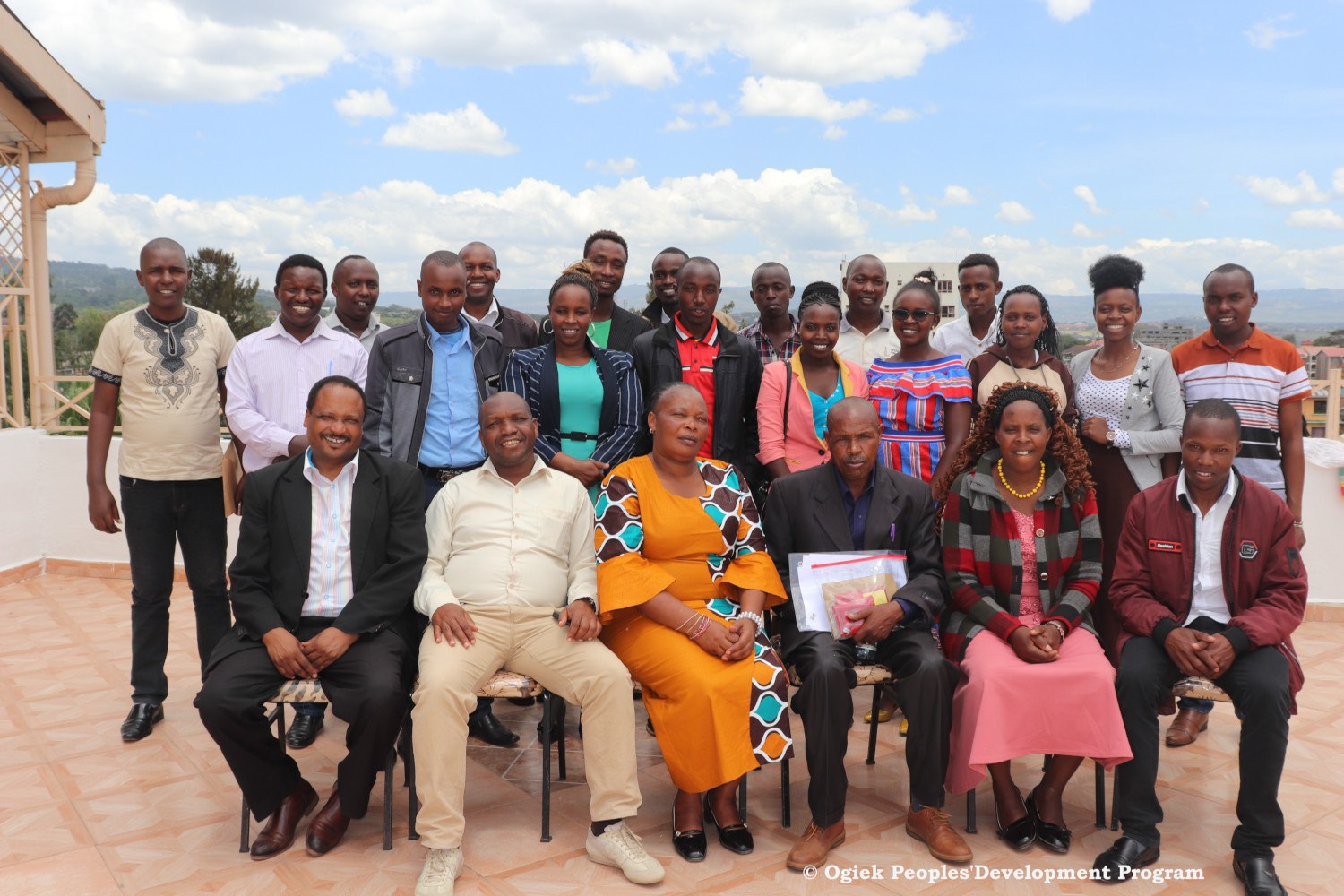 “When a language disappears, community’s identity and culture are lost” this was the message arched to during the Ogiek folktale contest award ceremony which was in line with the celebration of International Mother Language Day.Language is the most powerful tool that keeps people connected to their culture and identity.This year’s International Mother Language Day theme is ‘Languages without borders’.

In the efforts to revive the Ogiek language, one of the indigenous languages in the world which at risk of getting extinct, the Ogiek Peoples’ Development Program (OPDP) rolled out the Ogiek folktale writing contest. This has seen many youths coming on board and taking up the challenge of writing Ogiek folktales that has a socio-cultural connection with nature. The youths play the most significant role in reviving the language and as the custodians of the language for future generations.

OPDP observed International Mother Language Day in a special way. This involved awarding the best Ogiek Folktale writers. It also ran hand in hand, with a special learning session, where the participants were taken through Ogiek vowels by the Ogiek Language experts.In addition to this, participants extended their learning sessions by every person giving at least one vocabulary in Ogiek.

Mr. John Sironga one of the most resourceful elders asked the youths to take up the mantle of reviving the language. “It is time to take up leadership and master the Ogiek language for you are the future custodians of the Ogiek language,” Mr. Sironga said this, as he concluded his remarks by letting  participants sing the Kenyan National anthem in Ogiek Language.

Mr. Daniel Kobei, Executive Director OPDP, speaking at the same event asked the youths to develop the art of writing and encourage them to continue writing in Ogiek Language.In his final remarks, he said that the youths are the key pillars to preserving Ogiek language and culture for the future generation.

Previous Three years down the line, the Ogiek case is yet to be implemented Next Ogiek Cultural Day,2019