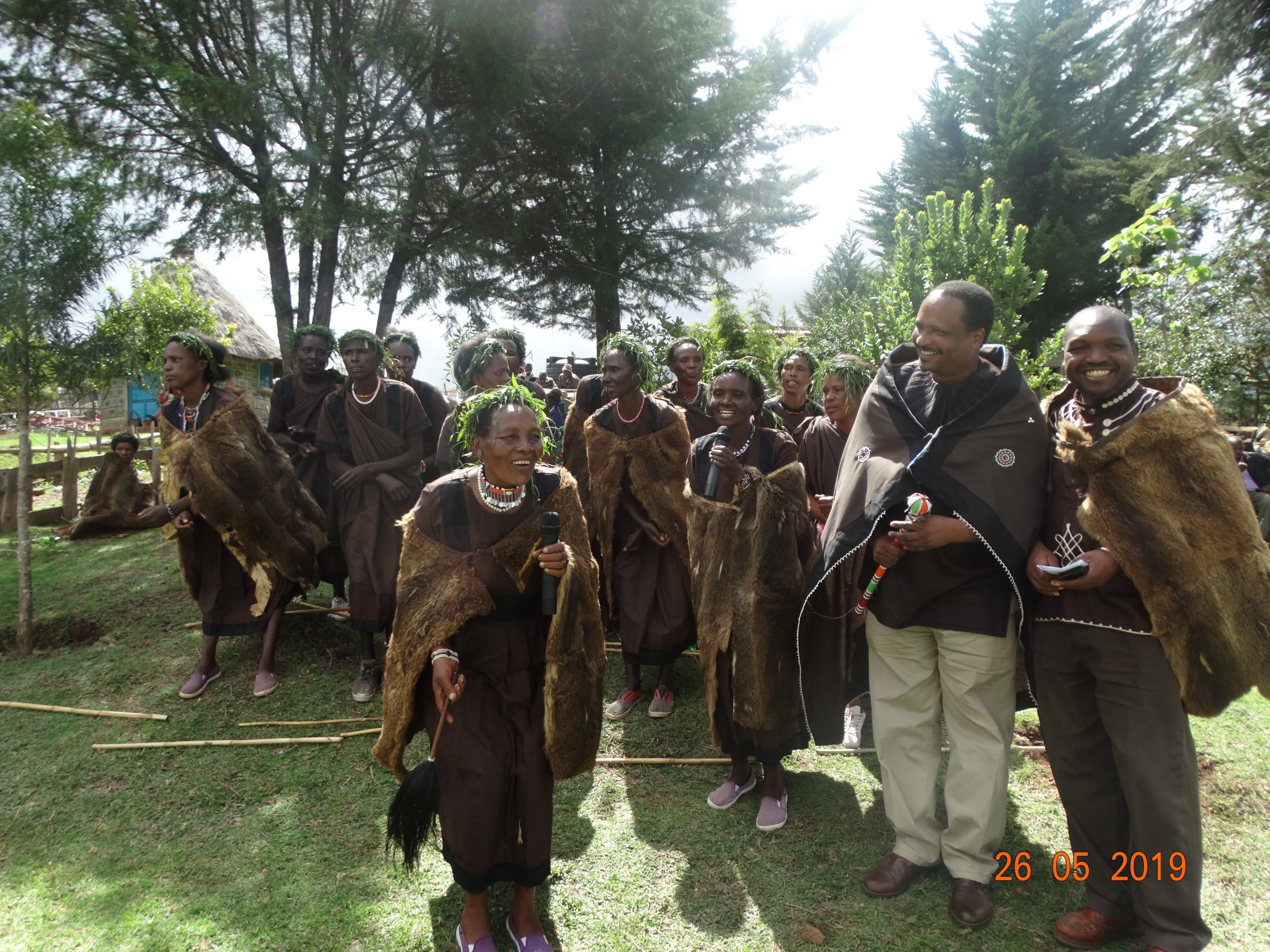 Two years later,Ogiek yet to settle in their homeland

May 26,2017 reminds Ogiek of their historic recognition as indigenous peoples(IPs) with distinct culture and part of the Kenyan population by the African Court on Human and Peoples’ Rights-sitting in Arusha, Tanzania; while ruling on a land rights case filed against the Kenyan government.

And Sunday, marked exactly two years since the Court ruled in favour of the community and pronounced the government’s violation of Ogiek rights to property, natural resources, environment, religion, culture and development.

But the community observed the 2nd Anniversary with heavy hearts. Why? The process of executing the Court’s decision has been slow. Their hopes were reignited when the Court directed the Kenyan government to restitute their lost property and remedy all the wrongs committed against them, but is it now two years and they are yet to regain absolute ownership of their ancestral land.

It is clear from what Mama Sarah Osas said: “We are very weary and drawing into depression from waiting and waiting. It is time the government solved our problems so that we can have peace of mind.”

The case was referred by the African Commission on Human and Peoples Rights in March 2012 after almost three years of reviewing gravity of the violations meted on Ogiek people through evictions from their ancestral lands in Mau Forest Complex predated to post-colonial era. The Commission found mass violations of their rights hence forwarding the matter to the Court to follow through the judicial process. Ogiek are estimated to be 45,000 and scattered in different locations in six counties within Mau Forest Complex; namely Nakuru, Narok, Kericho, Baringo, Uasin Gishu and Nandi. There are also other Ogiek in Mt Elgon Forest (Chepkitale) in Bungoma county.

Yes, the government has made efforts towards respecting the Court’s ruling by establishing a second 15-member Taskforce chaired by Dr.Robert Kibugi.The new team currently serving a 6-month extension following expiry of its initial term in April,2019;picked up from the former Nov,2017-April,2018 which failed to take up its mandate due to financial constraints. The community is happy with the progress the Dr. Kibugi led team is making and so far has produced an interim report from its consultations with various stakeholders including Ogiek.

The community’s appeal to the government is to adequately finance the taskforce to enable them accomplish their mission. Recommendations of the team would directly influence the process of granting Ogiek’s desires, that is, return to their ancestral land and issuance of communal title deed.

On basis of freedoms of enjoyment of  human rights  granted in Chapter Four of  the Constitution of Kenya(2010),every Kenyan of any tribe whether popularly known or little heard has an equal right to seek redress when he or she has been denied opportunity to collectively take advantage of the human rights at their disposal to live a peaceful life. A life that Ogiek and other IPs women, men, youth and children are envisioning.

Since 2007, status of IPs across the world has been reviewed and seemingly instead of achieving a steady positive progress towards advancement of the communities, conditions for their survival are increasingly becoming more prohibitive.

For instance, International Work Group for Indigenous Affairs(IWGIA) indicates in it’s The Indigenous World 2019 that more than 400 IP environmental and human rights activists died in 2017 and every day there are reports of disappearances, threats and other forms of violence and harassment perpetrated against the IPs.The situation is not different here.A week rarely passes by without a mention of threats against Ogiek intended at suppressing them.

“There are people harassing Ogiek with fake title deeds despite pending implementation of the Africa Court ruling.They must respect the Court’s decision and stop this harassment,” Benazir Busienei,a nominated Member of Nakuru County Assembly said during a recent community forum in Njoro.

However, Kenya can become a model country in upholding the rule of law when dealing with the IPs.

Ideally, United Nations Declaration on Human Rights and United Declaration on the Rights of Indigenous Peoples (UNDRIP) should be used as points of reference for Kenya to safeguard rights of IPs such as the Ogiek, Maasai, Endoirois, Rendille, Ilchamus,Pokot,Yaaku,Sengwer and Samburu.

Time is now for Kenya to adopt UNDRIP having absconded voting for its adoption in 2007. These are instruments that can be used to foster cohesive and collective growth, propelling Kenya’s economy. A landless Ogiek is equivalent to a wasted economic resource in terms of labour that would be put into generating an income for educating a child who in return would use his or her skills to solve a health, food insecurity or insecurity problem.

It is important to understand the role of IPs in achieving Sustainable Development Goals (SDGs) especially goals 1,2,13,14,15. Hence, the urgency of listening, reviewing and making deliberate efforts to resolve their predicaments. IPs are rich of traditional knowledge essential in protecting our marine resources (SDG 14), wildlife and forests (SDG 15) and in its ends would significantly contribute to addressing troubles related to adverse effects of climate change (SDG 13), hunger (SDG 1) and poverty (SDG 2).

In conclusion,Daniel Kobei, Executive Director at Ogiek Peoples’ Development Program (OPDP) denotes “We should now be talking about how the Ogiek can fully participate in Kenya’s development and conservation of Mau Forest Complex to avert climate change challenges; not about the perennial land problems bedeviling the community.”

An edited version of this article was published in Business Daily